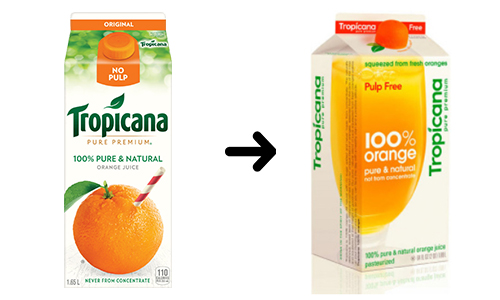 Tropicana, a well-known juice brand with a long market history, decided to redesign their orange juice packaging back in 2009. Instead of using a proven packaging design for their best-selling orange juice (an orange with a straw), they opted for a glass of orange juice.

This new packaging design was faced with rejection and criticism from the majority of their consumers resulting in a $30 million loss for Tropicana in less than two months. Many marketing specialists have tried to understand the reasons behind this sales plunge.

In his book “Decoded”, Phil Barden explained his reasoning behind the $30 million loss as a result of packaging redesign. Based on the Implicit Association Test (IAT), he placed the two packages in a wheel of implicit associations. By looking at this wheel of customer associations, he claimed that the implicit goals of the Tropicana clients are enjoyment and security. The old package resembled these values, while the new packaging conveyed different concepts. With the main visual on the new pack, a glass of orange juice, the concept of special occasion and ‘premiumness’ was achieved, which was distant from the goals of Tropicana clients. 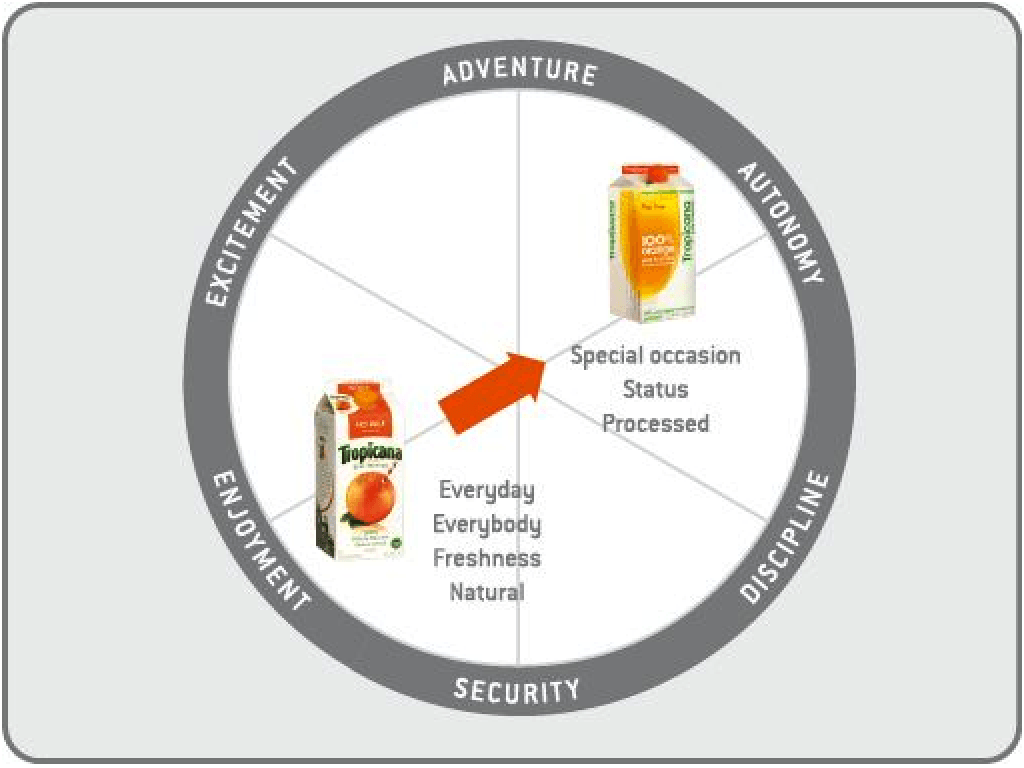 What happens when Mindspeller takes a shot at the Tropicana case using neuromarketing techniques? 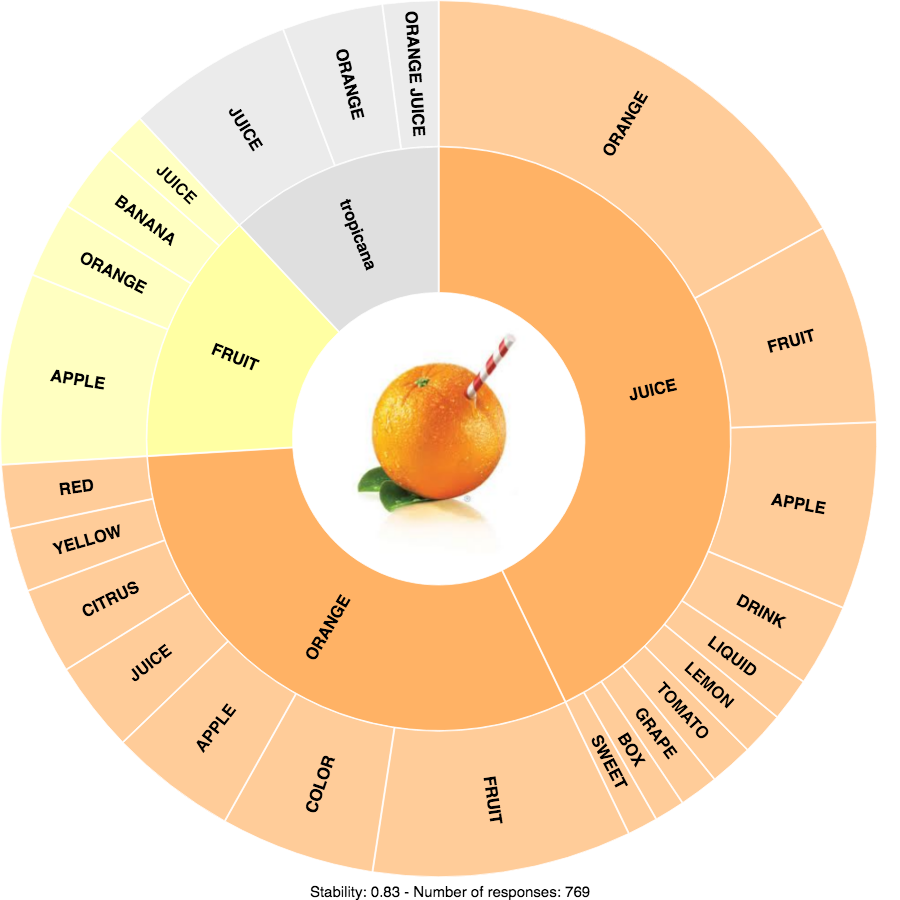 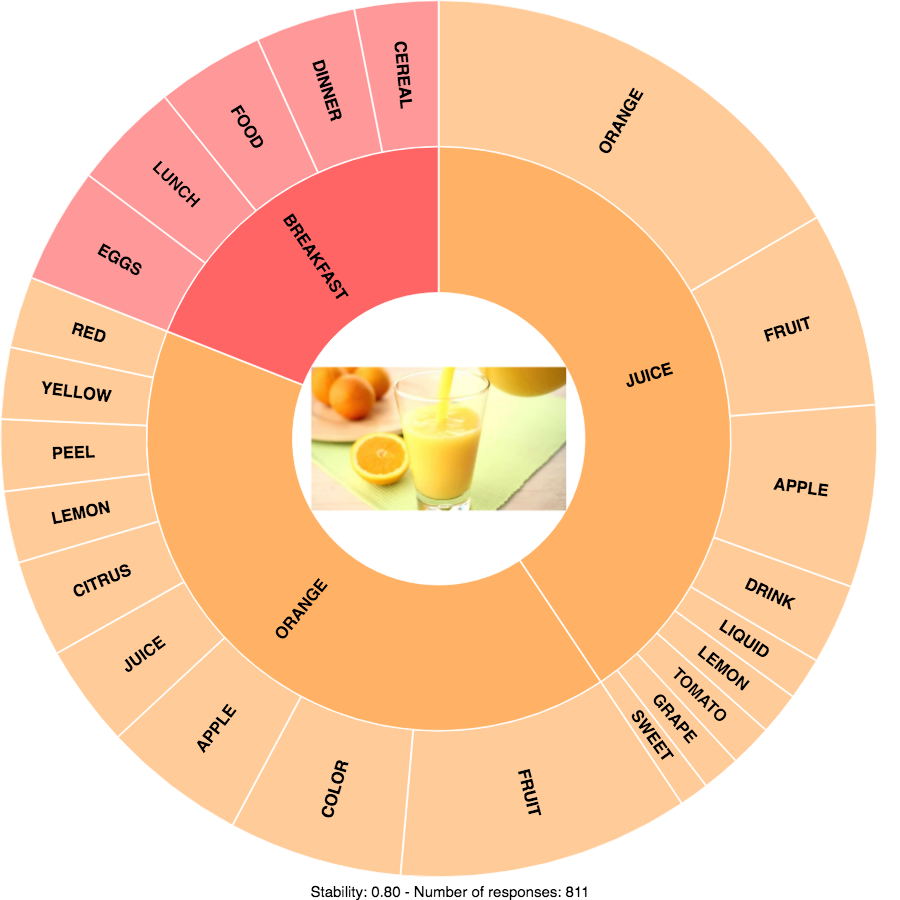 To further evaluate and compare associated differences between two packaging designs, the Mindspeller’s semantic association database consisting of more than 14000 primed cue words was utilized. The Mindspeller Association Scores (MAS) of the words associated with both old and new packaging designs were compared. This MAS metric is based on the distance between two words in the semantic association database. A file with more than 14000 differences in MAS scores for all the words was obtained. When ranking the differences in MAS scores from highest to lowest, the highest positive MAS differences reflect the old packaging having a higher score, while the lowest negative MAS differences relate to the new packaging having a higher score. 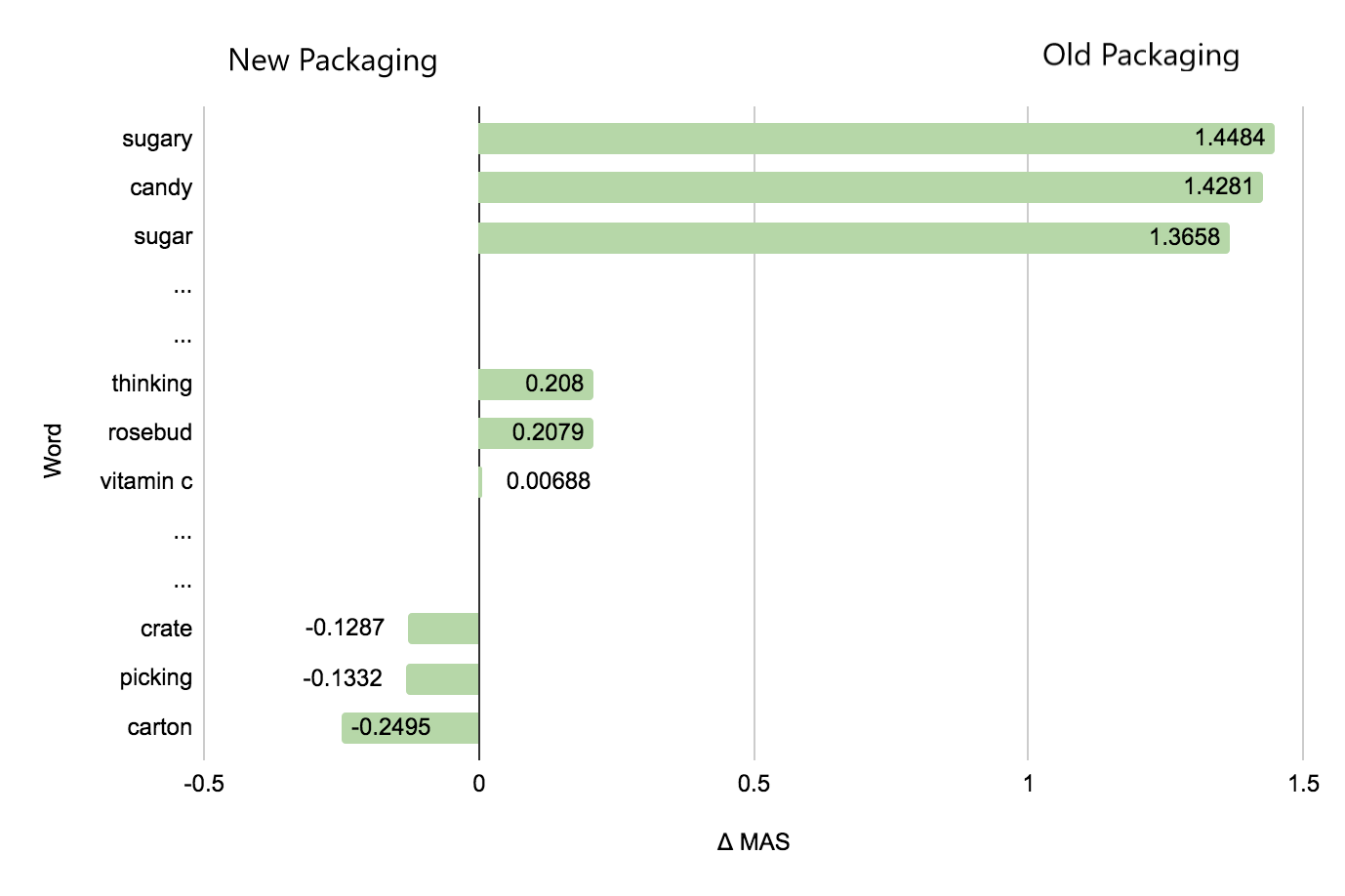 What did we conclude using consumer neuroscience data?

Results showed two clear concepts on which the two packages differed the most. The old packaging design was significantly more associated with words relating to ‘taste’ and ‘sweetness’. Therefore, we could assume that these two concepts were proven to be important factors that drive people’s behavior when it comes to buying orange juice, and the new packaging design did not connect with that successfully. 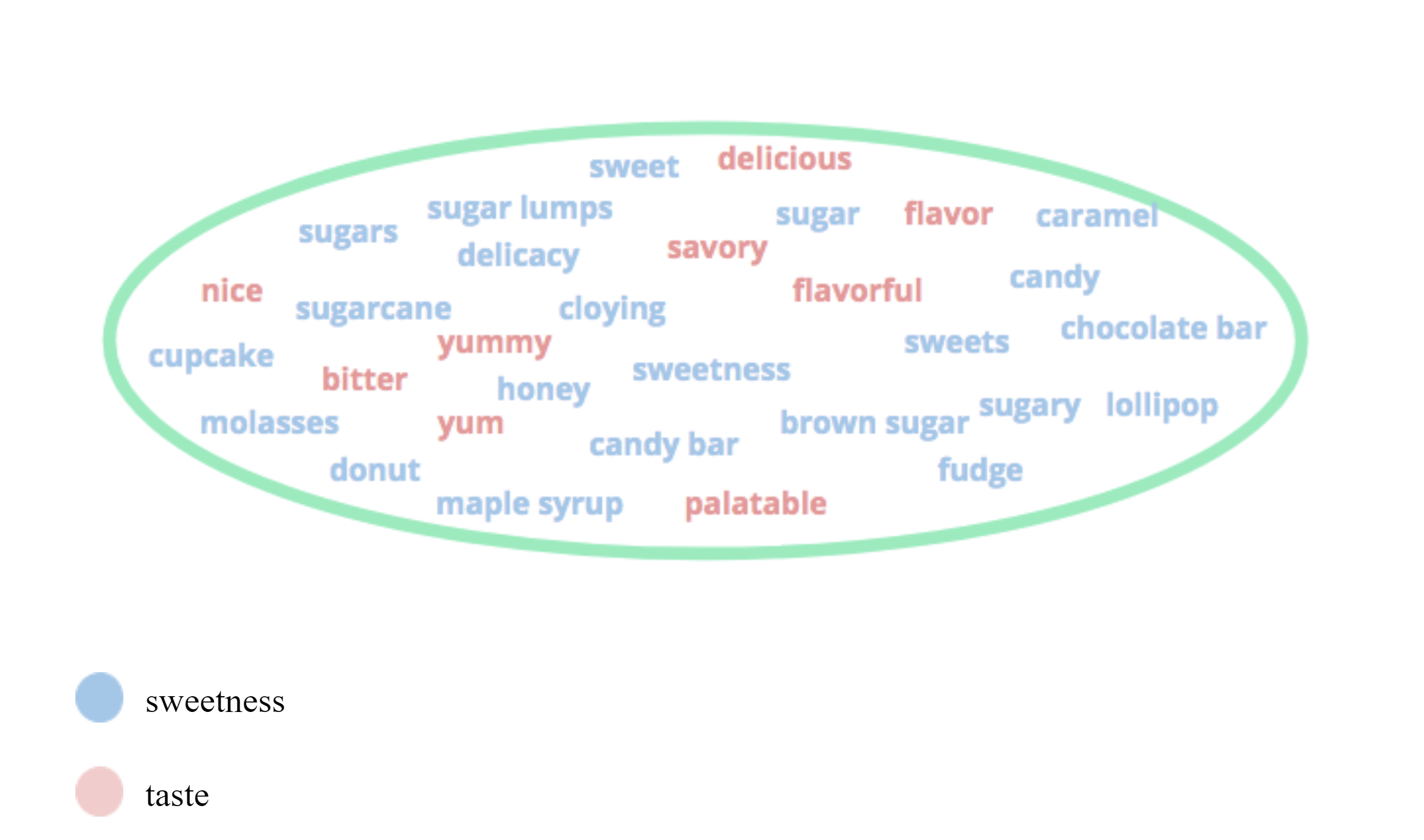 The word cloud above depicts words significantly more associated with the old packaging (vs the new one). These words can be divided into two categories: sweetness (blue) and taste (pink).

With our method you are not forced to make an a priori choice on which implicit goals to investigate. Rather, you can look through an enormous database of words to investigate the difference in implicit associations between stimuli. In that way, Mindspeller is able to predict the success or failure of packaging redesign and avoid a $30 million loss.

Semantic Association: interconnected scheme of thought helping us to make sense of our perceptions

Priming: technique whereby exposure to one stimulus influences a response to a subsequent stimulus, without conscious guidance or intention

Mindspeller Association Score (MAS): neurometric score allowing to measure the subconscious association strength between any two concepts in a neurometric 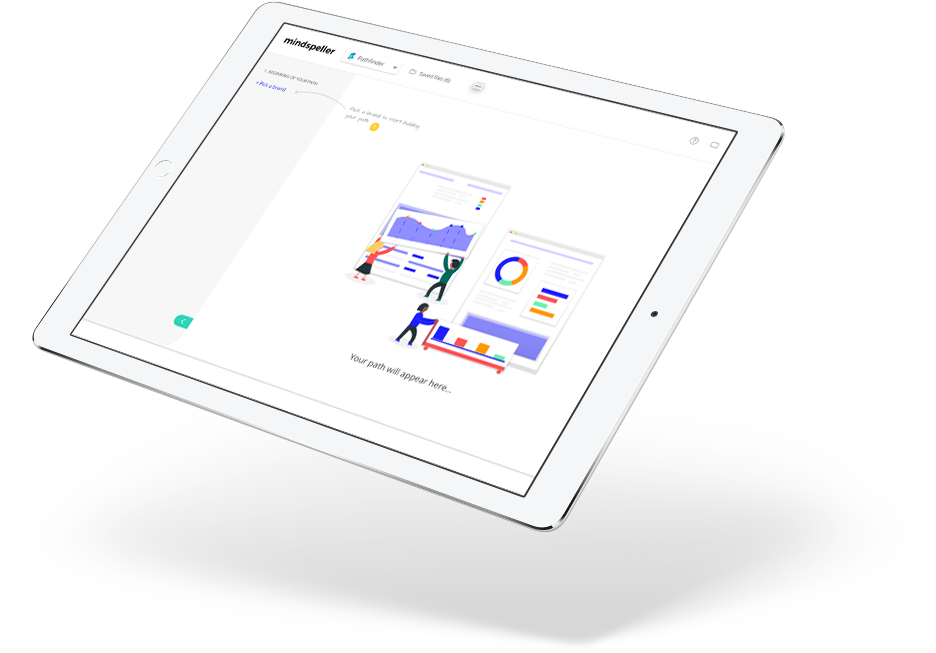