This year’s UEFA Euro is well underway, and national rivalries are at their peak. Official sponsor Heineken encourages supporters to ‘enjoy’ it in their latest campaign. But how would Heineken itself fare in a stand-off against one of its most important competitors, Stella Artois? Spontaneous associations will clue us in.

Using the right associations to stand out

Spontaneous associations are interesting in marketing because we do not control them – they come to our minds automatically when confronted with all sorts of stimuli. These associations can be seen as a window to our unconscious brain, which drives most of our decision-making. Choosing the right associations and evoking them consistently can make your brand the automatic choice for consumers in specific contexts.

Associations that move beyond describing the functionality of a product or service tend to resonate with consumers at a deeper level. At their core, Heineken and Stella Artois are simply pilsner beers. To differentiate itself from its competitors, Heineken says they are all about ‘quality’ and ‘purity’, and that they are an ‘international premium’ beer. Stella Artois, on the other hand, uses the words ‘Belgian’, ‘tradition’, and ‘full flavor’. But does the general audience perceive them in the same way?

We can use the Mindspeller AI to find out. Mindspeller collects spontaneous associations from real humans interlinked in one of the largest networks in the world. Our software can explore meaningful relationships between elements to craft stories consistent with their intended association at the implicit level.

Comparing brand perceptions between Heineken and Stella with AI

We can start by comparing Heineken and Stella Artois and highlighting differences in how they are perceived. Our Competitive Profiler app can do just that.

The screenshot above shows that words accompanied by a blue bar are more associated with Heineken (including ‘Ireland’, an interesting association come St Patrick’s) and words accompanied by a pink bar are more associated with Stella Artois. Among the most differentiating aspects of Stella Artois, we find ‘Antwerp’ (a Belgian city) and ‘tasteful’ (which reminds us of ‘full flavor’). We also have ‘upscale’, which is reminiscent of ‘premium’, which Heineken wanted to claim for themselves.

Now, let us focus on the specific associations suggested by the brands themselves and see how well they can evoke them. We will do so by using our app Neuropositioning.

In a nutshell, Neuropositioning tells us how much certain elements in our network (which already contains most English common words) reflect the words ‘quality’, ‘purity’, ‘international’, ‘Belgian’, ‘tradition’, and ‘flavor’, which we mentioned earlier. We have also added ‘football’ as a way of measuring the effectiveness of Heineken’s sponsorship.

The Neuropositioning graph above reveals that Stella Artois logo (the purple dot) is more associated with all these words than the Heineken logo (the green dot). However, Heineken does come a bit closer to Stella for ‘football’, ‘international’ and ‘Belgian’.

Finding themes that connect the brand to an intended association

Finally, it is safe to say that Heineken wants to surpass Stella Artois and really become the top-of-mind beer for when people are deciding what to drink when watching a game. Our Pathfinder unveils words that function as stepping-stones between two elements in our network – the brand asset and the intended association, for example. In this case, some of the words that connect Heineken to ‘football’ are ‘party’, ‘grass’, and ‘fresh’. These themes can be used to craft brand stories and campaigns that are consistent with the intended message at the implicit level.

That’s all for today. Want to find out more about how spontaneous associations can help you become a category champion? Book a demo. 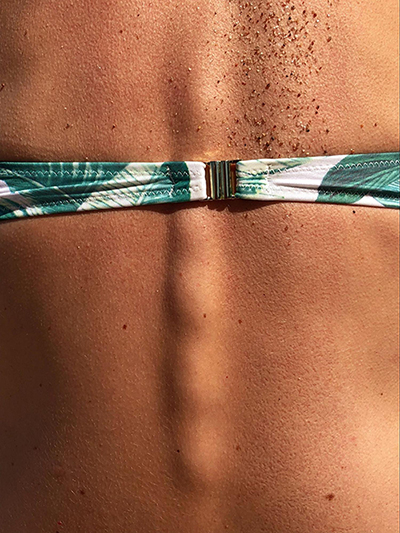